I will bless the Lord at all times, and His praise shall continually be in my mouth (Psalm. 34:1)
Skip to main content

Designed to Bring the Campus to Your Context

Our Goal Is Your Success

The Greatest Training Leads to a Job Well Done

Your Relevant Practice is Our Mission

The Entire Organization Can Progress Together

We Bridge Mission and Vision to Practice

Greetings in the Name of The Lord!

Admittedly, there are many professional development centers for key leaders. But what sets NCIL apart from others is that we direct our attention on assisting key leaders in observing cultural and structural changes which will positively influence changes with dignity, and through empowering others.

12 Years Of Professional Development for Leaders 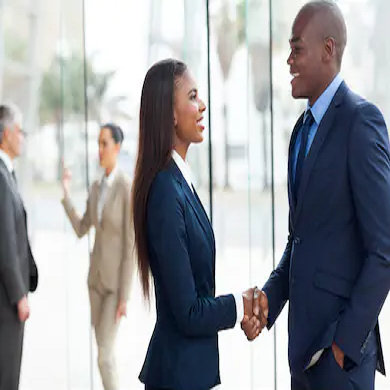 MESSAGE FROM THE EXECUTIVE DIRECTOR

CHAUVIN TRIAL As people around the world view the outcome of the court proceedings for former police officer, Derek Chauvin, who was convicted on three (3) guilty verdicts of manslaughter and unintended murder of George Floyd, African Americans view this experience through the prisms of... Eric Garner (2014), Michael Brown (2014), Tamir Rice (2014), Walter Scott (2015), Alton Sterling (2016), Philando Castile (2016), Stephon Clark (2018), Breonna Taylor (2020), and countless other People of Color who were all wrongly killed in the hands of law-enforcement. This guilty verdict is far from the justice, but this measure of "accountability" should serve as the very beginning of increased substantive discussions on Capital Hill in D.C. and within the leadership chambers of state governments regarding reforming/transforming our country's law enforcement. Here, at National Collaborative Institute of Leadership, we believe in systemic transformation and collaboration, even from our pulpits in the auspices of our churches and sanctuaries. To this extent, at the beginning of our up-coming workshops, let us engage in reflection and dialogue on ways that Jesus' ministry on earth caused reform in Justice... seeking ways for bringing forward his prophetic practices. Troy L. Denson NCIL Executive Leadership

The Mission of N.C.I.L.: We exist to advance the vocational practices of executive and key leaders in ecclesial organizations, ecumenical non-profit businesses, as well as their schools and ministries, by providing professional development, transforming solely traditional and local mindsets into global perspectives within their emerging postmodern and globalized communities.

Welcome to NCIL. From the main conference room of the N.C.I.L. home base, the Instructors, staff, and Board of Directors will introduce National Collaborative Institute of Leadership to the viewers. Information about the Institute's history, tracks, courses, and staff will be presented.

This is the official "Login Date" for all Leader-Learners. We pray your success.

The inaugural Annual Lecture will occur on Oct. 18, 2021, at 5pm - 6:30pm, at the N.C.I.L. Conference Hall. Due to COVID-19 safety, we will broadcast it live via the school's website, our Facebook Live, and our NCIL Youtube Channel.

We are very proud of the Instructors, Staff, and Board of Directors whose dedication and commitment can be readily viewed through the stellar presentation of National Collaborative Institute of Leadership.

N.C.I.L. Instructors, Staff, and Board of Directors greet newly enrolled Leader-Learners, and share information for preparing them for their learning experiences.

This Track provides religious non-profit leaders and broader church ministries with the skills and abilities that are vital for effective transformative ethical business management as a Christian ministry.

This track and courses will hone in on adaptive leadership applications for broadening the scope of the curriculum, courses, and instruction, as well as invite emerging postmodern and global group of instructors and students for setting forth a flagship Christian School or Christian Education Ministry.

Thank you for your interest in Enrichment Virtual Learning Camp 2021! We are indeed living in interesting and unprecedented times. In person camps in a number of states have had to cancel their programming due to COVID-19 restrictions, which has left many parents asking: What will our kids do this summer—and how are we possibly going to entertain them?! Despite the challenges that face us, I am thrilled to be here with all of you in this beautiful community of devoted parents, guardians, and with our children.

Denson Enrichment Virtual Learning Camp team members are excited about this incredible opportunity to serve your family and provide such a unique virtual summer camp experience that gives our children the opportunity to explore, engage, learn, and have fun while supporting their verbal and non-verbal communication, social and intellectual growth. It is our goal to keep our children’s mind, body & soul enriched!

At the heart of creating this live-stream learning camp model was the intention to address the burning question of screen time - especially with the final quarter of school being distance learning. The on-screen time is intentionally structured to be time to facilitate connection, build the feeling of community and allow for campers to channel that camp friendship feeling into their homes.

Again, we are excited and we are looking forward to your virtual arrival to Denson Enrichment Virtual Learning Camp 2021!

Denson Enrichment is a subsidiary of

"The Seminars" are intensive seminars for children's workshops or adults pertaining to either various collaborative topics. Whether children's American Sign Language, or adult's ministry development, all are designed for equipping leaders and colleague-leaders with appropriate types of works for increasing the individuals' or organization's or ministry effectiveness or relevance.

"The Consulting Service" of N.C.I.L. functions as the Executive Leaders "coworker" N.C.I.L.'s Consulting is a "service experience" that is a both, personal-expanding and leadership-expanding, 1-year process on your site. The N.C.I.L. Consultant will schedule 12 times throughout the year for assisting you in guiding your organization forward through either an analysis, and/or strategic plan, or action plan, guiding you to viewing your mission and vision in actionable ways.

This course is designed for leader-learners who want to build on their prior leadership perspectives by grasping new approaches in “change management” , from Christian perspectives.

ETC-EEL Examining the Context: You Have New Cultural and Structure New Friends - Section 1

This course is useful for both, pre-existing  and new congregations, in a changing community. It is designed for leader-learners to grasp ways of analyzing their inner-organization context(s) in comparison and then in dialogue with their surrounding emerging community.

This seminar focuses on writing techniques that can be applied to workplace projects, such as action plans and strategic plan approaches with emphasis on structure and usability.

This course will examine the conflict cycle, styles of conflict management, and intervention strategies for resolving conflict. Special focus will be given to the leader’s pivotal role in conflict and using conflict for positive change, and the cultural climate for conflict.

This course is designed to provide the leader-learner with the framework and methods for prophetically articulating the direction and goal (mission), and the hopeful outcome (vision) of the congregation when in it blossoms into full functionality.

From an ecumenical non-profit organization leader's perspective, this course is designed for leader-learners who want to build on their prior leadership perspectives by grasping new approaches in “change management” .

ETC-ENPOL Examining the Context: You Have New Cultural and Structure New Friends - Section 2

From the perspective of the NPO-Executive Leader, this course is useful for both, pre-existing organizations and new organizations, in a community. It is designed for leader-learners to grasp emerging ways of analyzing their inner-organization context(s) and surrounding community, and placing them in dialogue for collaborative leadership and direction.

From the perspective of a Non-Profit Organization Leader's perspective, this course will examine conflict cycle, styles of conflict management, and intervention strategies for resolving conflict, with focus given to the leader’s pivotal role in conflict and using it for positive change, and the cultural climate for conflict.

From the perspective of the Leader of a Non-Profit Organization, this course is designed to provide the leader-learner with the framework and methods for prophetically articulating the direction and goal (mission), and hopeful outcome (vision) of the organization when in full functionality, all in relevant ways.

From a Non-Profit Organization Leader's perspective, thIs seminar focuses on techniques that can be applied to collegiate to contextual, practical, or workplace projects. The course features action plan and strategic plan approaches with emphasis on structure, language, form, and usability.

From an Education Administrator's perspective, this course is designed for leader-learners who want to build on their prior leadership perspectives by grasping new approaches in “change management” .

ETC-ACE Examining the Context: You Have New Cultural and Structure New Friends - Section 3

From the perspective of an Administrator or Director in Christian/School Education, this course is designed for leader-learners to grasp contemporary ways of analyzing their inner-organization and their surrounding community  contexts. With cultural, structural, and global considerations, the leader is best able to disseminate relevant curricula, lessons, and instructors that will increase students' learning.

From the perspective of Educational Leadership, this course is designed to provide the leader-learner with a framework and methods for prophetically articulating the direction and goal (mission), and hopeful outcome (vision) , whether pertaining to the school, ministry, students' learning, or faculty's futures.

This course will examine the conflict cycle, styles of managing conflict, and intervention strategies. Special focus will be given to the leader’s pivotal role in conflict and using conflict for positive change, and the cultural climate for conflict. Mediation, arbitration, and negotiation will be examined

From the perspective of Educational Leadership, this course focuses on techniques that can be applied to preparing action plans for setting forth a stellar plan for either the schools advancement, instruction, or students' learning. Emphasis is on structure, form, and usability.

Intro to French 1 Introduction to French for Children